The institutional investors and adopters for BitcoinBitcoin is the first decentralized digital currency. It was created in 2009, by an anonymous founder or group of founders... keep coming, and that’s great news for its price and stability. The last ones of them are the financial service firm Mastercard and America’s oldest bank, BNY Mellon. Thanks to their recent announcements about the first cryptocurrencyA digital currency running on a blockchain and built with cryptography. Contrary to central-bank issued currency, cryptocurrency issuance rules are..., the Bitcoin price reached a new record of over $48,000 per coin.

In a recent note, Mastercard declared that they’ll be integrating some cryptocurrencies into its payment network this year. That means the merchants affiliated with Mastercard will have the opportunity to accept cryptos directly from their clients, without any other intermediaries; while these clients probably won’t need anything but their usual cards.

The company didn’t mention the specific coins they’ll be accepting, but it’s assumed that Bitcoin (BTC) is among them. Besides, they also gave some good signals for stablecoins and Central Bank Digital Currencies (CBDCs)They’re cryptographic currencies issued and controlled by central banks. Very similar to cryptocurrencies, but they’re centralized and fully controlled by....

“Our change to supporting digital assets directly will allow many more merchants to accept crypto — an ability that’s currently limited by proprietary methods unique to each digital asset. This change will also cut out inefficiencies, letting both consumers and merchants avoid having to convert back and forth between crypto and traditional to make purchases”.

For its part, BNY Mellon announced they’ll be managing Bitcoin on behalf of its clients. So, they’ll be holding, transferring, and issuing this cryptocurrency and even others in the future. This will be done through a platform (now a prototype) along with other financial tools, like stocks.

Perhaps such a platform arrives this year, or maybe in a couple of years. However, according to Roman Regelman, chief executive of the bank, “digital assets are becoming part of the mainstream,” and they’ll be there to receive them.

Apparently, this is just the beginning for Bitcoin and cryptos. Ned Segal, CFO of Twitter, declared in a recent interview that this company is also considering future investments in Bitcoin. More than that, they’d pay their employees and providers with the cryptocurrency, especially if they ask for it.

This event would be no wonder, since the CEO of Twitter, Jack Dorsey, is a known bitcoiner since years ago. His other company, the financial services Square, has been focusing more on cryptocurrencies and has previously invested in Bitcoin development.

They’re not alone, neither. Mary Barra, CEO of the vehicle manufacturer General Motors, stated this February that her company has no plans for Bitcoin or crypto investments, but they’d accept cryptocurrencies as a payment method if there is enough demand from customers.

Meanwhile, the electric car company Tesla already has on its walletA crypto wallet is a user-friendly software or hardware used to manage private keys. There are software wallets for desktop... $1.5b in Bitcoin, and they’ll be accepting payments in crypto soon. All these events have granted a 29% increase in the Bitcoin price during the last week, and the promise of even more.

Remember that you can buy and sell Bitcoin safely on Alfacash! And not forget we’re talking about this and a lot of other things on our social media.

Top 5: the most crypto-friendly countries (and their taxes)

New DeFi hack: Alpha and Cream Finance got robbed by over $37m 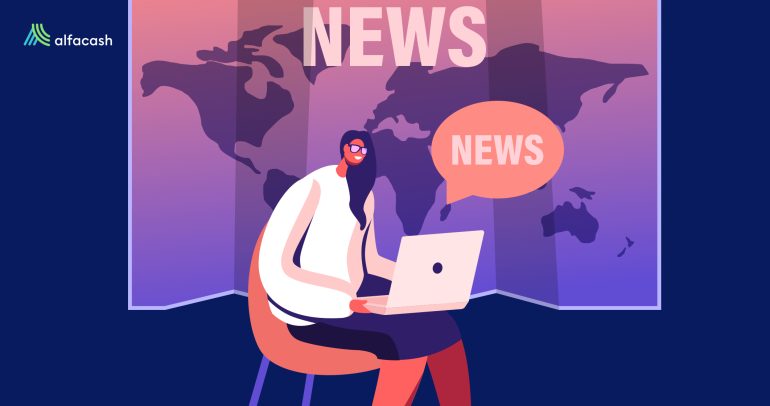