BitcoinBitcoin is the first decentralized digital currency. It was created in 2009, by an anonymous founder or group of founders... was born from an independent dream. Satoshi NakamotoThe inventor of Bitcoin, which might be one person or a group of people who released the original Bitcoin whitepaper... More, its creator, believed that “what is needed is an electronic payment system based on cryptographic proof instead of trust” [Bitcoin whitepaper]. So, in an ideal scenario, bitcoiners wouldn’t need any intermediary and would be fully independent of traditional systems. The incarnation of this idea is the Bitcoin Citadels.

Back in 2013 (when Bitcoin wasn’t even that popular), the Redditor Luka Magnotta published a utopic (or dystopic?) story about the future for bitcoiners. On it, a time traveler from 2025 came to the past to “warn” about Bitcoin. In their time, the traditional financial system would’ve collapsed, and only the BTCAn abbreviation for Bitcoin. owners would be fine, ruling from private citadels. Magnotta describes them like this:

“Today, ‘earlies’ (our term for early adapters), as well as those rich whose wealth survived the “transition” live in isolated gated cities called Citadels, where most work is automated. Most such Citadels are born out of the fortification used to protect places where Bitcoin mining machines are located. The company known as ASICminer to you is known to me as a city where Mr. Friedman rules as a king.”

Of course, this is a very drastic vision. But we now have a better use for the term Bitcoin Citadels: cities, regions, or communities that have fully adopted this currency to boost their economy and “escape” from the traditional system. They’re a reality now, but, luckily, a friendly one. Let’s explore those citadels ahead.

We know it: El Salvador is, basically, a Bitcoin Citadel itself. However, long before Bitcoin was legal tender for the whole country, there was already a community adopting this currency as theirs. El Zonte is a small surfing village with a population of around 3,000 people, one-hour away from the national capital.

It’s not the richest place in the country. Its residents, mostly fishermen and farmers, were left out of the banking system. That’s why an anonymous donor gave them a Bitcoin donation in 2019. One with a catch: they wouldn’t be able to exchange it for fiat.

The aim was to create a circular Bitcoin economy. And it was successful, even during the worst time of the COVID-19 pandemic. They’re even planning to build houses with BTC now.

The “Bitcoin Beach” in El Zonte was successful enough to inspire president Nayib Bukele to replicate the project for the whole country. This is, nothing less, the seed for the current Bitcoin Law in El Salvador —the first country to adopt crypto as legal tender.

El Zonte is also the seed for the already planned and more technological Bitcoin City, soon to be in Conchagua (three hours away from San Salvador). They describe this future Bitcoin Citadel as a kind of paradise for bitcoiners and related companies:

“The ambitious circular development includes spaces for technology companies linked to cryptocurrencies, residential areas, an airport, and a seaport. This smart city will generate its own power from a nearby volcano. (…) The city presents a large central square with a museum to host exhibitions on the history of money, intelligent buildings with the latest technologies and a large multipurpose stadium to host different events. Construction is scheduled to start in 2022.”

In addition, this Bitcoin City won’t have income taxes. This is a way to attract foreign investors and tourists.

Inspired by El Zonte, other localities over Latin America decided to copy the same Bitcoin model —starting in 2021. That’s the origin of “Praia Bitcoin Brasil” in the Jericoacoara beach (western Brazil), “Bitcoin Jungle” in Dominical (a surfing town in Costa Rica), and “Bitcoin Lake” in Panajachel (Guatemala).

All these places are inhabited by people that have been mostly left out by the banking system. Therefore, Bitcoin presents a useful alternative for them. Through private and public donations, they promote Bitcoin adoption among small merchants. Organizers provide them with different tools to accept payments in the cryptocurrencyA digital currency running on a blockchain and built with cryptography. Contrary to central-bank issued currency, cryptocurrency issuance rules are... More, including wallets with Lightning Network and their own nodes.

Besides, they’re also offering educational meetings, assistance with remittances, and payments in BTC for small jobs. The main goal is to recreate a circular economy with BTC as El Zonte did. Tourists can also participate in this economy since they’ll have the chance to pay with bitcoins everywhere in these small Bitcoin Citadels.

Beyond them, a private Bitcoin Citadel called “Próspera” is also starting in Roatan Island (Honduras). They’re planning to adopt Bitcoin as legal tender, taking advantage of their special economic status. Their main goal is to attract crypto startups and entrepreneurs by offering zero income taxes.

Italy has its own Bitcoin Valley: Rovereto, a commune in Trentino. And it’s not even new. Rovereto was already well known as a Bitcoin Citadel in 2017. The system isn’t quite the same as the crypto beaches in Latin America since it doesn’t work with donations. Besides, the residents of this place weren’t exactly unbanked.

Despite this, the local merchants found Bitcoin a useful alternative to fiat. Also, a nice way to attract tourists and investors from all parts of the world. A crypto payment processor was offered to them, and they embraced it. Rovereto is a place where all kinds of goods and services can be purchased with BTC. As its website describe:

“Living in #bitcoinvalley means living in an area where bitcoin is a real alternative to traditional payment systems. A 6,000 km² showroom where the first protagonists are the citizens in the form of traders, entrepreneurs, and consumers. Just as bitcoin is open technology, the #bitcoinvalley initiative is also for everyone and for the benefit of everyone.”

This year, even an old hydroelectric power plant will come back to life in Trentino, only to mine cryptocurrencies. Meanwhile, the archipelago of Madeira, an autonomous region in Portugal, is aiming to follow the same path as Rovereto. Miguel Albuquerque, the president of the Regional Government of Madeira, announced back in April 2022 that his region will embrace Bitcoin.

For starting, they’ll promote crypto adoption among merchants and citizens. André Loja, a Madeiran entrepreneur, will create the Sound Money Foundation to educate about cryptocurrencies. Besides, Madeira has no income taxes for crypto, and only taxes 5% for businesses.

Of course, the first-ever crypto valley in existence is probably Zug, in Switzerland (since 2013). Maybe it’s not exactly a Bitcoin Citadel, but it’s an international hub for cryptocurrencies. Known as a tax haven, there were around 800 crypto companies and related organizations established in this valley by 2020 [EqualOcean]. Among them, we have names like Ethereum and Cardano Foundations.

On the other hand, an investigation by the airline Fast Private Jet in early 2022, determined that Ljubljana (capital of Slovenia) is the most crypto-friendly city in the world. They have over 137 businesses and 584 different locations accepting crypto as payment. Over 20 crypto ATMs join the offer for the enthusiasts as well.

And that wouldn’t be all because Ljubljana is trying to build their own Bitcoin Citadel. As described by the study:

“Slovenia’s largest shopping centre, coincidentally named ‘BTC’, is attempting to become a ‘Bitcoin City’’ itself, and it has been reported that past year that Slovenia as a country has more physical locations accepting cryptocurrency payments than the entire United States.”

Currently, the Slovenian government is aiming to tax under 5% for trading crypto, only for yearly amounts of over $10,900. We’ll see then what happens with this soon-to-be Bitcoin Citadel. 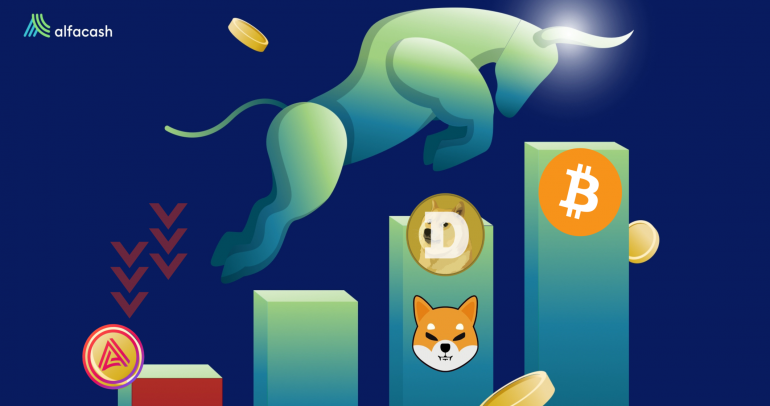 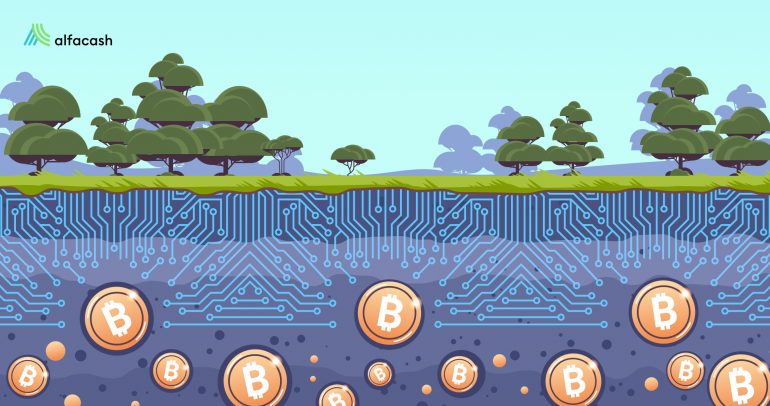 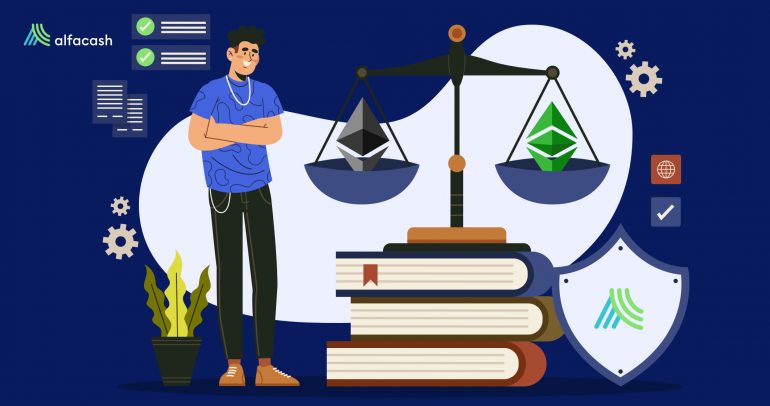 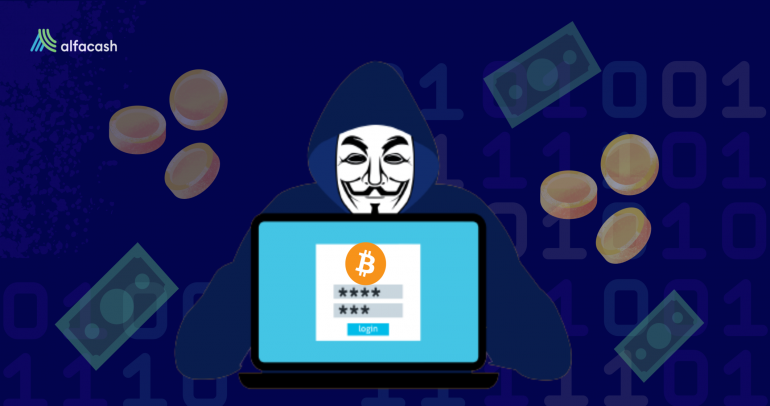 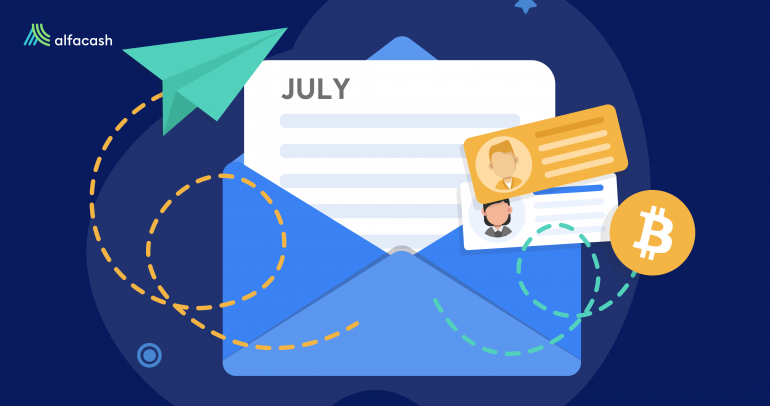