Smart contract platforms allow the creation of decentralized applications. They are currently one of the cornerstones of the blockchainBlockchain is a type of database storing an immutable set of data, verifiable to anyone with access to it —through... industry, and by November 2022, they have a market capitalization of about $230 billion [CoinMarketCap].

These are some of the most popular smart contract platforms on the market.

First, we have Ethereum, the blockchain par excellence for building decentralized applications for general use. This platform allows you to create smart contracts for many uses.

Vitalik Buterin and his collaborators created Ethereum in 2015, quickly becoming the second-largest blockchain after BitcoinBitcoin is the first decentralized digital currency. It was created in 2009, by an anonymous founder or group of founders... (BTCAn abbreviation for Bitcoin.). Developers choose Ethereum to implement their decentralized applications because of the high degree of standardization it provides. In addition, Ethereum has its own programming language (Solidity), allowing you to easily and quickly create smart contracts.

However, Ethereum presents a series of problems that have caused developers to look for other smart contract platforms.

First of all, the fees on the Ethereum network can be very high. An example of this was in May 2022, the commissions came to be worth USD 450 due to the high demand generated by the Bored Ape land sale.

Also, as it is one of the most popular smart contract platforms, it’s constantly running at capacity, and the network is frequently overloaded. This latter can significantly hurt those applications that need to process smart contracts quickly.

On the other hand, researchers have found several security problems in the Ethereum code. These problems, coupled with low-quality smart contracts, have left many decentralized applications at the mercy of hackers.

BNB Smart Chain (BSC) is one of the platforms for creating decentralized applications and smart contracts that focus on speed. Thus, transactions in this network take less than 3 seconds. Also, the transaction feeTo reward miners or validators for the work of ordering transactions and verifying blocks, a certain cost must be paid... for this network is around $0.35. The native token of this platform is BNB.

But, BSC is not decentralized. For example, in October 2022, it had only 26 active validators, unlike the thousands that Ethereum has. Also, the shortage of validators reduces the security of the network.

Cardano is one of the most popular blockchains in Europe. This network integrates smart contracts from its third phase of development: Goguen. In this stage, the network introduced a programming language called Marlowe.

Meanwhile, Avalanche rivals Ethereum in terms of capacity. Thus, it allows up to 6,500 transactions per second without compromising its scalability. Also, Avalanche uses a three-chain subnet architecture and different consensus mechanisms depending on the use cases.

X-Chain allows create and exchange of native AVAX tokens and other assets. AVAX tokens follow standardized rules and use the Avalanche consensus mechanism.

Meanwhile, P-Chain is where Avalanche validators and subnets are coordinated. It also uses the Snowman consensus mechanism.

Thus, Avalanche is much more secure against 51% attacks because if a malicious actor wants to control this network and carry out double-spend attacks, they must first control 80% of the network.

Unlike Cardano, Avalanche does not have its own programming language and is compatible with EVM. Therefore, developers can easily import their Ethereum smart contracts into Avalanche.

Chainlink entered the crypto market in 2017. It’s one of the first platforms that provide real-world information for smart contracts through Oracles.

Thus, unlike other smart contract platforms mentioned in this article, Chainlink does not have a native blockchain. Instead, Chainlink connects with multiple blockchains simultaneously, providing verifiable real-world information so smart contracts can work.

It’s a decentralized and open-source platform that rewards collaborators with their LINK tokens.

TransactionA cryptocurrency transaction is an entry on the blockchain ledger, noting sender, receiver and number of coins transacted. costs, speed, and, above all, security are the main criteria that we must take into account when choosing smart contract platforms. In this sense, we have chosen the platforms that lead by market capitalization.

However, remember that significant adoption isn’t always about security. Just remember the case of Terra, one of the most popular smart contract platforms that collapsed this year.

Wanna trade BTC, ETH, LINK, and other tokens? You can do it safely on Alfacash! And don’t forget we’re talking about this and many other things on our social media. 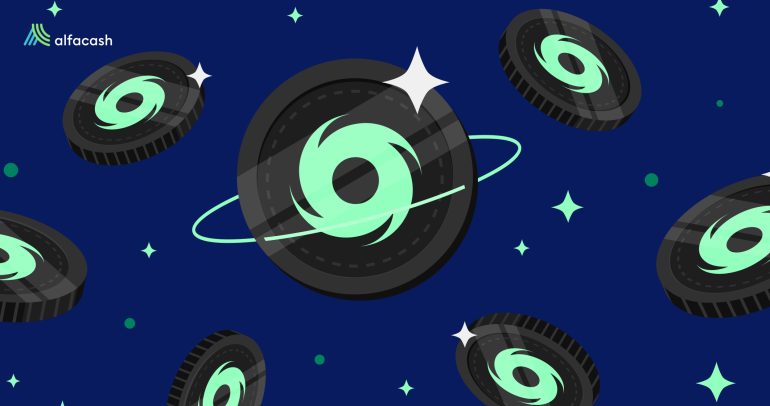