After the FTX exchange crash, all the crypto market suffered. Today, let’s review what happened to one of the most important exchanges in the crypto industry and the fateful story of FTX.

In less than a week, FTX went from being the world’s third-largest bitcoinBitcoin is the first decentralized digital currency. It was created in 2009, by an anonymous founder or group of founders... (BTCAn abbreviation for Bitcoin.) exchange to filing for bankruptcy. Thus, November was marked by the crash of the FTX exchange, when BTC fell from $21,000 (November 5) to $15,800 (November 12) [CoinMarketCap].

Now its founder Sam Bankman-Fried (SBF), is in custody by the Bahamian authorities and faces fraud and money laundering charges.

The beginnings of FTX and SBF

Sam Bankman-Fried is the founder of FTX and a significant person in the crypto world. His fortune exceeded $14 billion.

SBF studied physics at MIT and showed an interest in business and financial markets from an early age. In 2017 he founded Alameda Research, originally dedicated to investing in crypto arbitrage.

SBF created the FTX exchange in 2019 in the United States. In its beginnings, it was a small company that, due to local regulations, changed its headquarters from the North American country to Hong Kong and finally settled permanently in the Bahamas.

The FTX exchange did a lot of publicity around the world before the crash. FTX got the stadium of the NBA team (Miami Heat) to change its name to FTX Arena in 2021.

The shady movements of the FTX exchange before the crash

The FTX’s headlong success was not solely due to good publicity moves. SBF became involved in US politics and made a series of donations to Democratic and Republican politicians, furthering the expansion of the exchange. SBF contributed more than $70 million to election campaigns in less than 18 months.

After the FTX exchange crash, the media accused the United States Securities and Exchange Commission (SEC) chairman of helping Sam Bankman-Fried create a regulatory monopoly that would hurt the industry.

Furthermore, Alameda Research would have financed the crypto news portal The BlockA collection of cryptocurrency transactions. Every few minutes (or seconds, depending on the blockchain) one miner or validator verifies the... with $43 million. Part of the money was to buy an apartment in the Bahamas for Michael McCaffrey, CEO of the portal since 2020.

Though, this is not the only eccentricity that SBF was involved in before the exchange FTX crash. Bankman-Fried, 30, and the other nine directors of the platform allegedly lived together and had polyamorous relationships with each other. Even they reportedly had a secret chat called “Wirefraud”.

As another commercial game measure, FTX launched its FTT token. This token reached its all-time high ($79) in September 2021.

Unfortunately, FTX was using the FTT as collateral to borrow between 2020 and 2022, which totaled $8 billion. The exchange used Alameda Research to borrow, and the latter’s total asset capital amounted to more than $14 billion.

On November 2, the news reported that most of the $14 billion assets Alameda Research reportedly held were in the FTT token.

The company used its own token to inflate its finances, reflecting profits on its financial statements through self-issued money. Furthermore, 93% of FTT was accumulated in only ten addresses. This was the deciding factor for the FTX exchange crash to take place.

In response, the Binance exchange announced that it would sell all of its FTT holdings, which amounted to $2.1 billion. Thus, the price of FTT dropped from $25 to $22.

But, as the token continued to depreciate, the Binance CEO made a takeover proposal to safeguard the assets of the exchange’s clients on November 8. So the token dropped from $21 to $5, a 70% depreciation in just 24 hours.

Though, a day after announcing the purchase of FTX, Binance withdrew the offer due to noticing mishandling of client funds. As a result, the token lost 90% of its value in four days, falling to $2.8.

Hence, the exchange disabled cryptocurrencyA digital currency running on a blockchain and built with cryptography. Contrary to central-bank issued currency, cryptocurrency issuance rules are... withdrawals from all users. As a result, the entire collateral for the FTX and Alameda Research loans was liquidated, and the exchange did not possess the necessary liquidity to pay its debts.

On November 10, SBF took the blame for Twitter and tried to calm clients by saying that it would look for investors and that FTX had enough funds for users to withdraw their money.

By November 11, the FTX exchange crash was undeniable, and the company declared bankruptcy before the United States government. Along with FTX, 130 other affiliates followed suit, including Blockfolio, LedgerPrime, Liquid Global, and LedgerX. Another 77 companies have been affected, among which Quantia, Genesis, Multicoin Capital, and Paradigms stand out.

The cryptocurrency financial services platform BlockFi received a $250 million credit line from FTX to survive the Terra/Luna collapse. However, on November 29, it also filed for bankruptcy.

No one outside of the Bahamas was allowed to withdraw funds from the platform, and desperate customers began hiring Bahamians to withdraw their funds. Thus, SBF became the former CEO of the FTX exchange.

The FTX hack and the actions of the Bahamian government

One day after declaring bankruptcy, on November 12, FTX hacked for over 600 million.

However, on November 17, the Bahamas government announced that it ordered the transfer of FTX funds to cold wallets a few days earlier. This move coincided with the hack, and it is unclear if the Bahamian government ordered it.

Also, the Bahamian government bypassed the jurisdiction of the United States in handling the FTX bankruptcy case.

According to US lawyers, the Bahamas government also worked with SBF to issue a new altcoin controlled by local officials worth hundreds of millions of dollars. Island officials would receive the new tokens.

Likewise, Bahamian officials allegedly attempted to help Bankman-Fried regain access to the computer systems of the exchange FTX trading platform before the crash.

On November 12, Reuters published that the ex-CEO had implemented a backdoor in the platform’s accounting software. Thus, it could alter the accounting records to be able to divert funds from its clients without other areas of the company or external auditors being able to notice.

However, SBF refused to testify before the US authorities and insisted on staying abroad. Finally, on December 12, one day before a scheduled hearing, Bahamian authorities arrested SBF at the request of the United States Attorney for the Southern District of New York.

SBF faces eight criminal counts, including conspiracy to commit wire fraud on customers. According to a Manhattan federal court judge, SBF has agreed with exchange officials to misappropriate their clients’ deposits and use them to pay Alameda Research’s expenses and debts. SBF’s sentence could add up to 165 years in prison if convicted.

The Bahamian authorities could extradite SBF to the United States in the coming days.

Meanwhile, the SEC also separately accused the former CEO of FTX. According to the agency, SBF created a scheme to defraud investors, concealing the diversion of funds from FTX clients to its trading company, Alameda Research. This, while raising more than $1.8 billion in investments.

Although the story of the FTX exchange crash has had many edges and amazing revelations, the story is still unfolding, so its outcome could continue to affect the crypto market. Meanwhile, authorities worldwide are evaluating crypto market regulations and investigating significant players in the industry to prevent a similar case from happening in the future.

Wanna trade BTC, and other tokens? You can do it safely on Alfacash! And don’t forget we’re talking about this and many other things on our social media.

Binance’s Proof of Reserves Could Backfire on Them 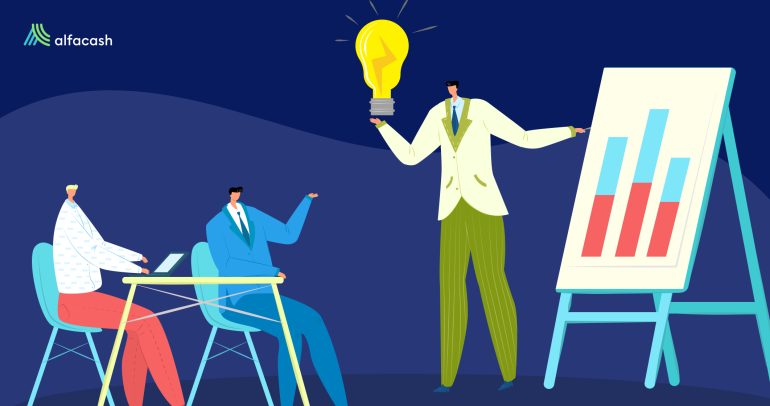 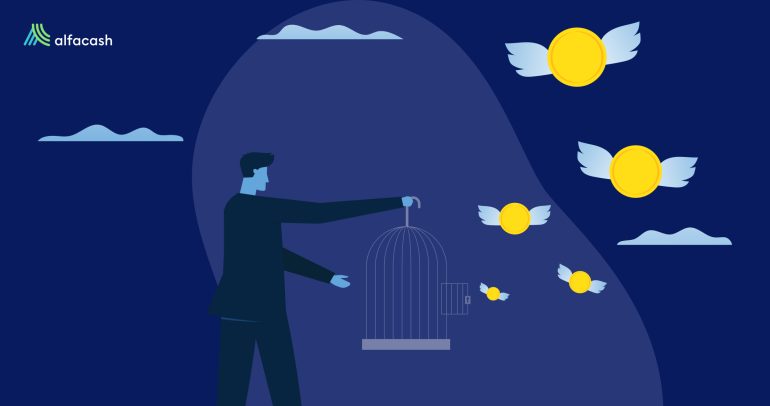 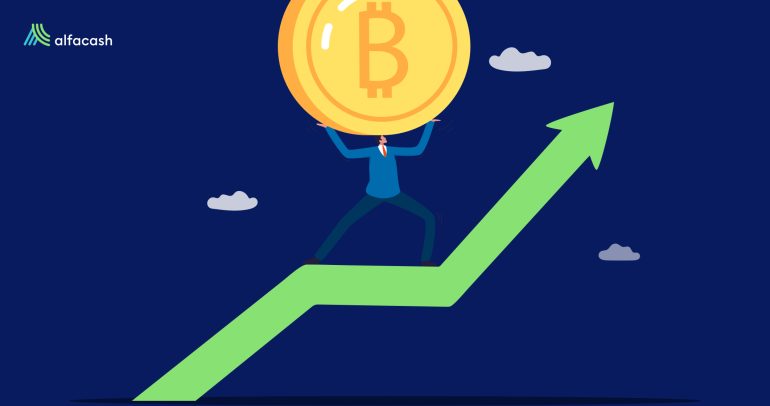 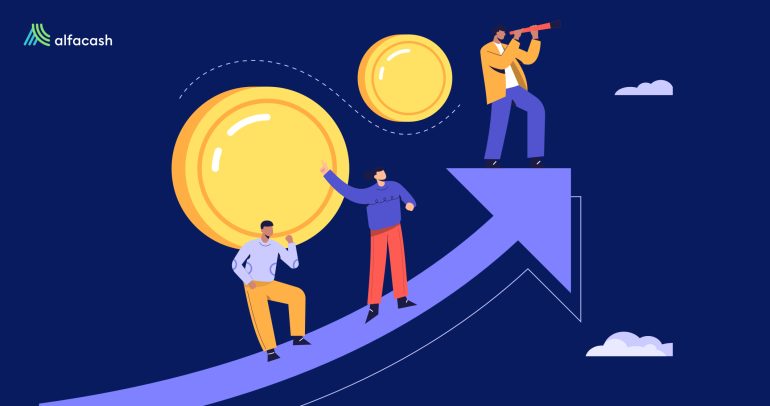